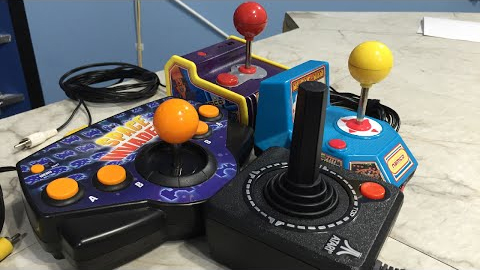 Recently, I went to an estate sale in Waxahachie, Texas. This place apparently belonged to an avid video game collector. As you can see, they had quite a selection here and most of these systems were $10 apiece. I ended up buying two original Nintendos and some games but I also ended up with several of these little plug ‘n’ play TV games that I bought for $1 apiece.

Plus, I already had a few in my collection. For those that aren’t familiar, these sort of games usually run on batteries and they plug straight into a TV or monitor and they’re completely self-contained. Some of these are designed to emulate vintage video games but others are more similar to the arcades.

There are probably 30 or 40 of these that have been on the market over the last 10 years. So, I have like 9 of the more
popular units and I’m going to show you each one and tell you whether I think it’s junk or treasure.

The Joystick very much resembles the original joysticks that shipped with the Atari 2600, so it does have some of the more popular games of the era such as “Adventure”, or “Asteroids”, “Centipede”, “Missile Command”, and “Yars’ Revenge”. These games look pretty close to the originals, but this thing does not actually have any Atari technology inside.

Ironically, what it does have it is one of these. Yes, believe it or not, it actually uses what’s called a NOAC, or a Nintendo-on-a-chip. It’s a single chip that emulates the original Nintendo and somebody spent some time coding these games to look very similar to the Atari versions.

It’s almost convincing but not quite. For example, check out the victory scene here in “Yars’ Revenge”. Now compare that to the authentic Atari 2600 version. Now, I give this unit credit because it’s one of the first, if not the very first of its kind; however, it does lack a little bit of authenticity but that’s not even really the biggest problem with it. I think the biggest problem is that it doesn’t really have any software outside of Atari. Every game on here is from Atari.

There’s nothing from Midway or Namco or Activision. Despite that, though, I am still gonna give it a thumbs up. Next on the list is the Namco Pacman game.

It came out in 2003 and was also made by Jakks Pacific. It only has 6 games on it but unlike the Atari, all of the games
on here are worth playing. So, you’ve got “Pacman”, of course. Now, keep in mind this is not intended to mimic any specific game console but it does mimic the original arcade pretty well.

I’ve heard some people say that there are slight variances in the behavior of the ghosts and whatnot from the original but I do not believe the casual gamer will notice. So, it also has “Galaxian”, and “Rally X”, and “Dig Dug”, and lastly is “Bosconian” – probably the only game here that I don’t personally care for.

The joystick itself is actually built really well and can take a lot of heavy use – unlike the Atari Joystick – and I definitely give this unit a thumbs up.

I could do a whole episode on this thing alone so I’ll try to keep it short. It starts off with a very 1980s BBS intro type look to it with your selection of games.

So, this thing is a real Commodore 64 inside. Now what I mean by that is it actually executes the original code so these games are more or less unmodified. That means they’re extremely authentic. Another great thing about this is it has… the 20 games it has are actually all pretty good, important games that were very popular on the system. I won’t show them all to you but here
are a few. This is “Cybernoid”. “Impossible Mission”…Synthesized Voice: Another visitor. Stay a while. Stay forever!

…which was always one of my favorites growing up, and I never actually solved the darn thing but it’s still fun to play.

“Jumpman Junior”. “Pitstop II” – unfortunately no way to do a two-player on this one. “International Karate” – I spent many years
of my youth playing this. Someday, I may perform the music for this on my other channel. Here’s “Tower Toppler”, “Eliminator”, “Cyberdyne Warrior”, “Zynaps”, “Speedball”, and “Super Cycle”. Now let me show you a neat trick: if you wiggle the joystick on power-up it will take you to a fake BASIC screen and you can select several more hidden games such as “Splatform”, or “Minima”.

Also, you can get a real BASIC prompt with an on-screen keyboard. I imagine it would take quite a while to write any software using this mode.

Now, this thing is actually designed to be hackable so that you can actually solder in a PS/2 keyboard and connect up a Commodore disk drive to it, at which point it becomes a full-fledged Commodore 64 system and then you can run any Commodore game on it you want. I definitely give this unit a thumbs up.

Next up is the Atari Paddle game. It was made in 2004 by Jakks Pacific; it has 13 games on board; but keep in mind, all of these games are Atari 2600 games that were designed to work with the paddle. So, I’ll show you a few of them. So, you get “Breakout”, “Super Breakout”, “Circus Atari”, “Night Driver”, the original “Pong”, although it’s a single-player; “Warlords”, although this looks too
sophisticated to be the 2600 so I think this is from the later console; and “Demons to Diamonds”. So, what can I say about this thing?

Well, on the good side, the paddle actually is very responsive and it works really well. The problem is mostly just the game selection; there weren’t really that many games on the Atari 2600 that supported the paddle, and even fewer that were actually any good. As a result, I’m giving this one a thumbs down

just for the software aspect of it. Next up is the Sega Genesis. It was made by Radica in 2003. It has 6 games on board. It looks like a tiny Genesis console with a pretty nice little controller attached to it. Now, this thing is extremely authentic in that it actually runs the original Genesis code and so the games are unmodified, very similar to the Commodore DTV. In fact, if you take a look inside, You’ll see a ROM chip here and you can actually remove this chip and solder in a connection for real Genesis cartridges and play them on here. Now unfortunately, from the factory, the audio sounds terrible on this thing but in a previous episode, I showed exactly how to fix that and I’ll put a link to that down in the description. So, it has the original “Sonic the Hedgehog” – obviously a popular game for the console. 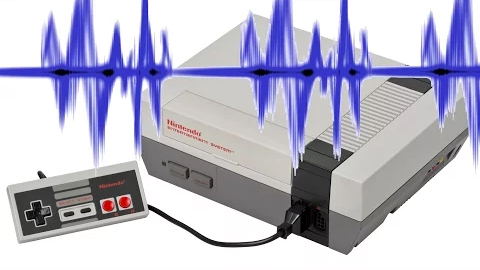 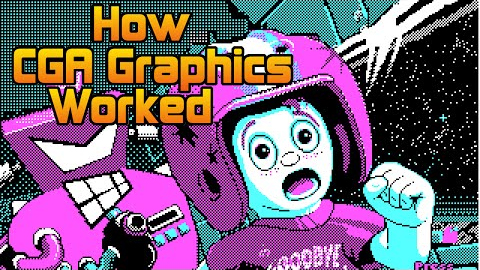 CGA Graphics – Not as bad as you thought! 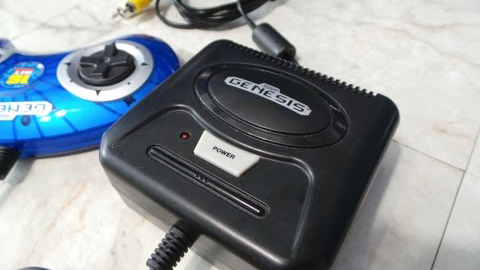 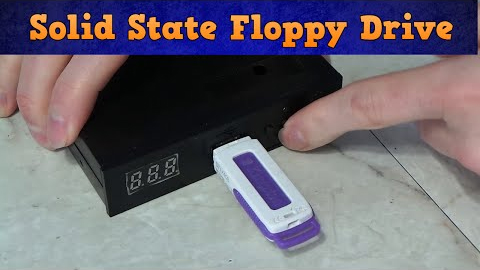